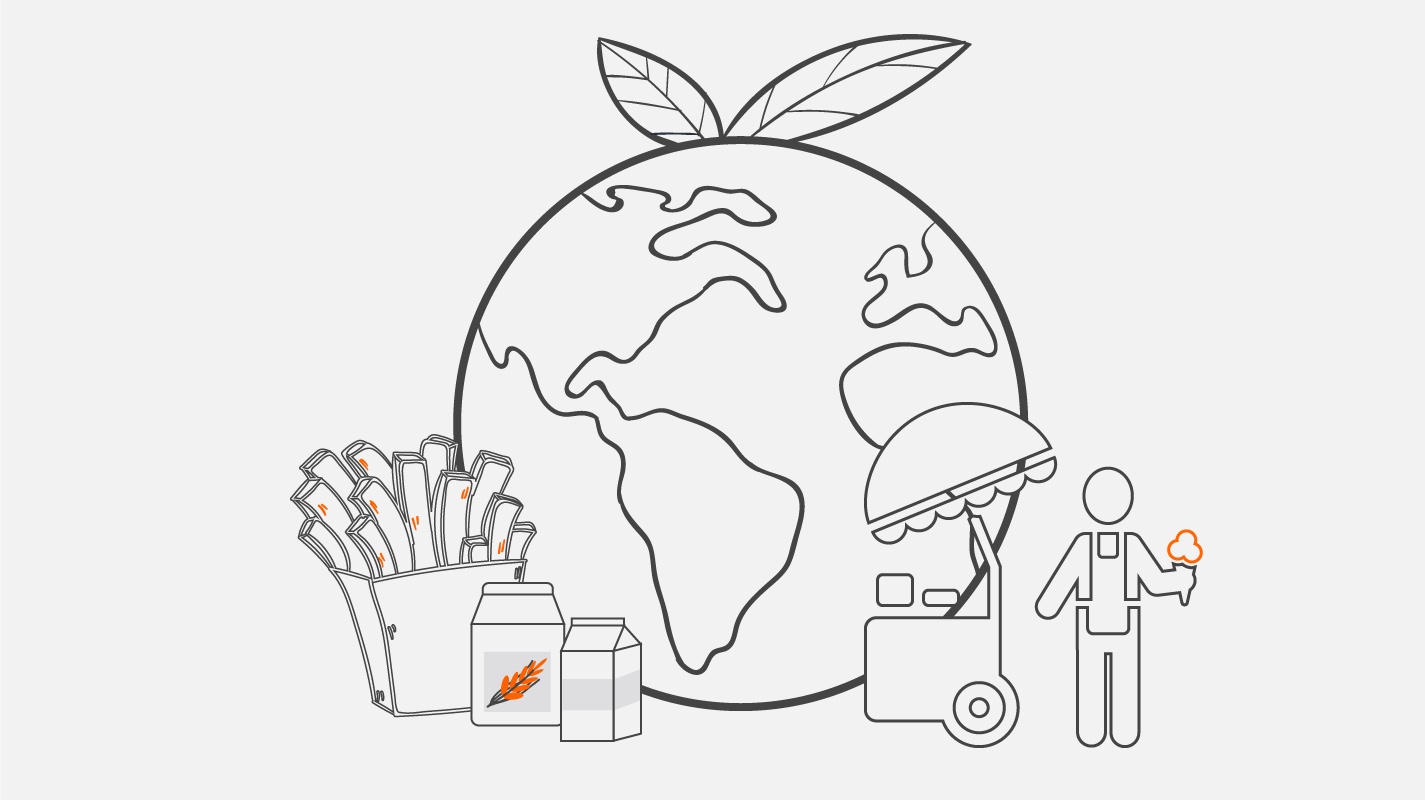 The World Health Organisation released in May 2018 a step by step guide for the elimination of industrial trans-fatty acids from the global food supply by 2023 [1]. But what are trans-fatty acids, why does WHO push for their elimination, and what have national governments done so far?

Trans-fatty acids (TFAs) are unsaturated fatty acids with at least one double bond in the trans configuration. TFAs can be 'naturally' present in ruminant animals (and in their meat and dairy products), or can be industrially produced, formed when mainly plant liquid oils are partially hydrogenised to form solid or semi-solid fats. Most TFAs in the diet come from industrial sources, mainly from margarine, fat spreads, or bakery products and fried foods, from street vendors or restaurants [2]. They were used by food manufacturers as they have a range of desirable foot technology properties, including longer shelf life than other fats [1].

Consumption of TFAs in the diet poses a serious health threat in a variety of ways; their intake increases blood levels of total and LDL-cholesterol ('bad' cholesterol), which in turn increase the risk of developing heart disease. Additionally, TFAs directly increase coronary heart disease risk [2, 3, 4]. WHO estimates that every year TFA intake leads to more than half million deaths from cardiovascular diseases [1]. Accordingly all national or international public health institutes and authorities recommend that consumers eliminate or reduce their intake to a minimum in their diets.

The recent WHO proposal involves a REPLACE action package to eliminate industrial TFAs from the global food supply in a prompt and sustained fashion. REPLACE is composed of six strategic actions:

The WHO proposal does not come as a shock either; in high-income countries, industrial TFA presence in the diet has been drastically reduced through legal limits [1]. In the EU, the first to impose legal limits of TFAs in foods was Denmark in 2003, and since then various countries have followed suit or are preparing to do so [5]. In parallel, voluntary reformulation efforts from the food industry have led in processed foods in the EU having no or very low amounts of TFA [6], with exceptions however in specific foods with potentially high amounts. Similarly, in the US, the Food and Drug administration in 2015 [7] has removed the Generally Recognised As Safe (GRAS) status of industrial TFAs, with a compliance period of 3 yrs. for manufacturers to change product composition and remove them from foods; for the majority of sues, the deadline ended on 18/06/2018, however for some foods an extension has been granted to 01/01/2020 [8].

The main problem however still persists in other parts of the world; as WHO states, 'Action is needed in low- and middle-income countries, where controls of use of industrially-produced trans fats are often weaker, to ensure that the benefits are felt equally around the world' [1].