As we enter into the new year, now is the perfect time to look at macro trends around food safety and regulatory topics analysing the data that is available in the SGS Digicomply platform. Today we monitor data from 122 countries and... 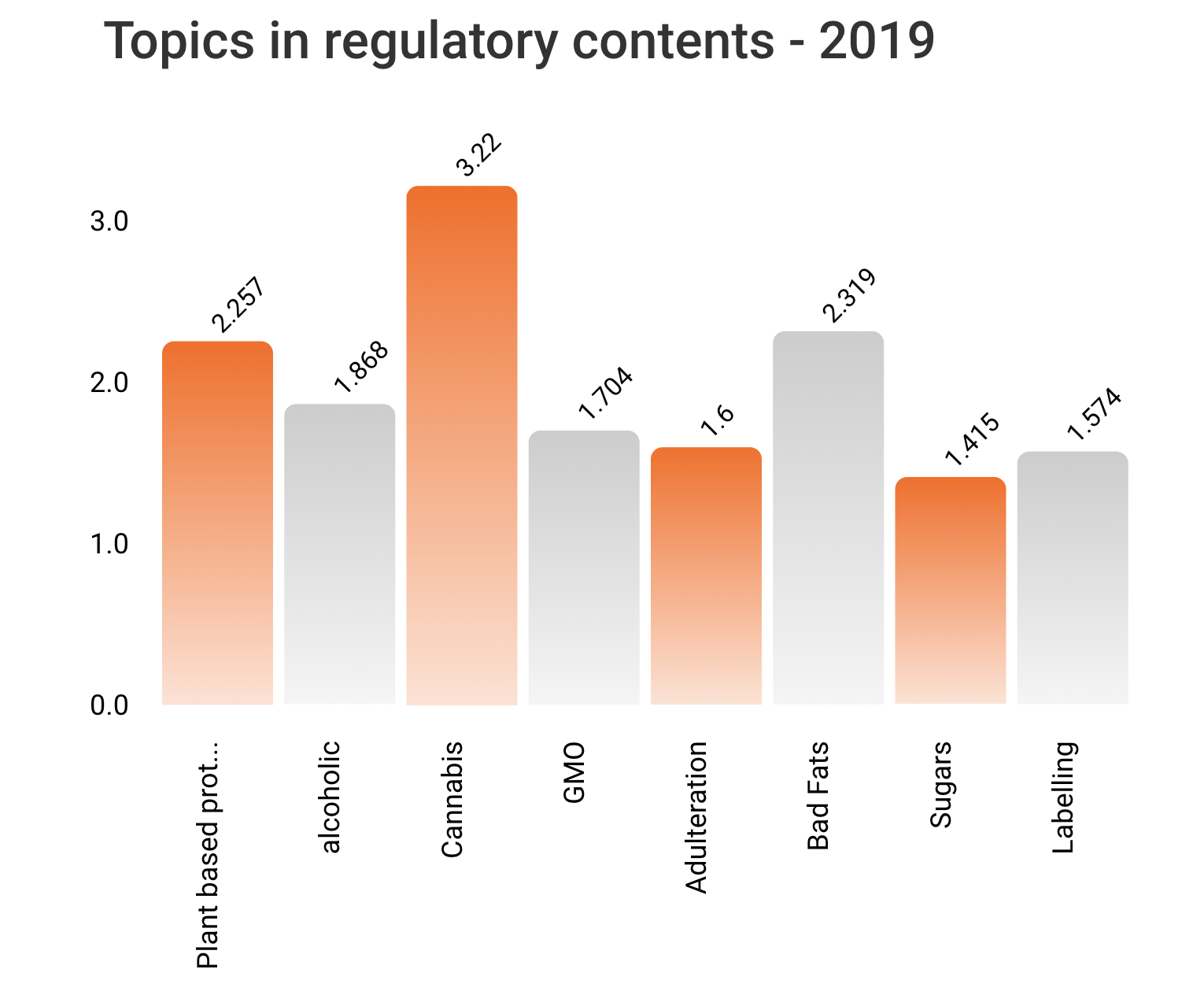 As we enter into the new year, now is the perfect time to look at macro trends around food safety and regulatory topics analysing the data that is available in the SGS Digicomply platform. Today we monitor data from 122 countries and international organisations; our main sources are official government agencies, specialist media and scientific publications.

With 5,896 records collected from 43 markets available, we have been monitoring food safety alerts throughout 2019 – including recalls and outbreaks. Our team has analysed this data and the top 10 reasons for food recalls are summarised in this short animation. Salmonella remains the top cause of food safety outbreaks. However, we are also seeing growth in food adulterations, for example, in India the number of frauds is growing. Incidents related to Food contact materials remains in top ten for 2019.

Globally, the data confirms that mislabeling issues remain a small proportion of the total of food recalls, but they also generates impactful incidents.

As in previous years, food safety alerts for 2019 have been mostly generated from sources belonging to markets such as the European Union and the USA, indeed these are markets which have an effective system in place to collect details of any issues and inform the public. In the following animation, we compare the number of records collected by countries, where the EU’s RASFF remains by far the largest dataset of food safety issues.

The food industry is constantly evolving. Regulatory and scientific topics come into and go out of fashion fairly frequently.

To address these changing trends, we decided to go look deeper and analyse the data collected. Our analysis provides a topic popularity index – which allows us to measure how much a topic is debated – within all the scientific publications and official regulatory documents collected over a fixed period.

Perhaps unsurprisingly the topics seeing a significant increase in interest, against a 10-year average, have been cannabis, plant based proteins and bad fat.

However, labelling, especially with the Nutriscore framework, has taken lots of space too as it is now the choice to be used for informing consumers, in countries such as The Netherlands.  This is impacting all producers, retailers and consumers. The recent growth in the food market of vegan dishes and the subsequent debate, both political and public, is reflected in a significant increase in mentions of “plant based proteins” in the second half 2019.

Also, we see a growing trend for interest in the use of cannabis and cannabis-derived products in the food sector in the last year: 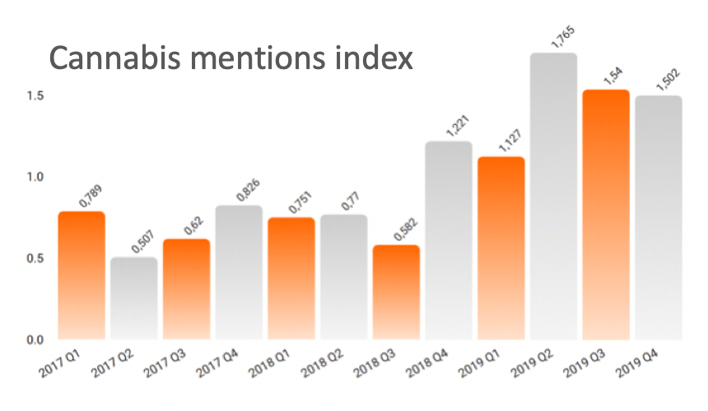 Bad fats, like saturated or trans fats, are often present in regulatory and scientific documents, but they too saw an increase in records in 2019.

Even genetically modified organisms (GMO), despite a fairly cyclical trend, have seen an increase in mentions in records in 2019.

The regulatory debate about food and fraud appears to be fairly constant over time. A similar pattern is also observed for the alcoholic beverages, such as wine, spirits, rum and whiskey.

Topics around sugar, sucrose, or saccharose appears to be fading slightly, in comparison with the last 2 years.