Risk assessment studies on rare metals in food and FCM

Rare earth elements (REEs) are used extensively in agriculture additives in fertilizers and feeds. This has lead to an increase in their concentration in environmental and biological samples. 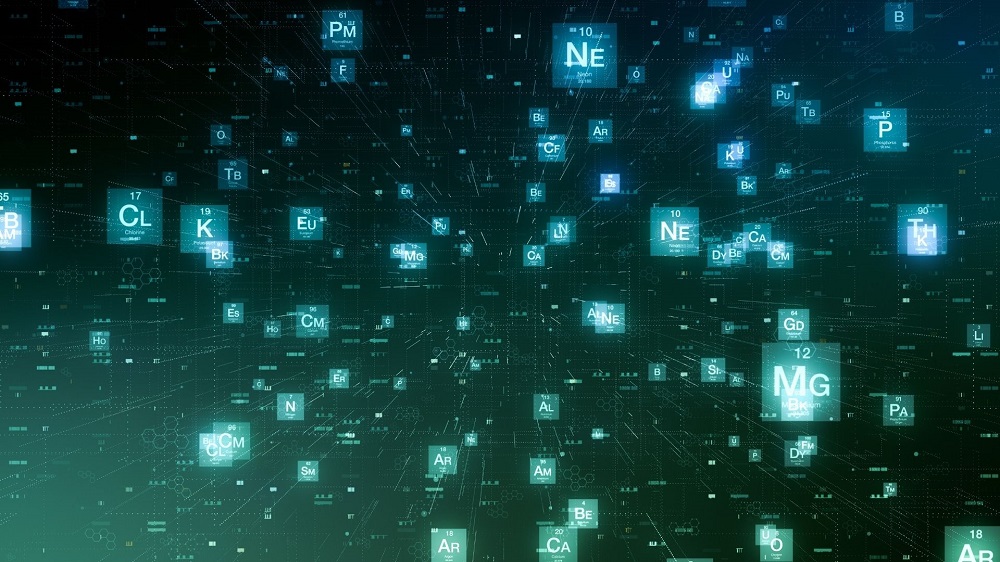 Rare earth elements (REEs) are used extensively in agriculture additives in fertilizers and feeds. This has lead to an increase in their concentration in environmental and biological samples.

As a result, determining the presence of REEs has gained considerable importance, due to their toxicity and the subsequent risk to human health.
In this article, we look at the evolution of risk assessment studies for rare metals in food and food contact materials (FCM). We highlight the regulations and policies intended to mitigate the risks they pose to human health and safety.

Scandium (Sc) and yttrium (Y) are also considered REEs because they tend to exist in the same ore deposits with the lanthanides and exhibit similar chemical properties.

Due to their magnetic, phosphorescent and electrochemical properties, REEs have been used in a number of industrial, medical and agricultural, or zootechnical, applications. They are also used as fertilizers and in animal breeding. However, as a result of phosphate fertilizer production large quantities of REEs have spread into the environment.

China is the world’s largest producer of REEs, accounting for over 60% of global annual production, estimated at 132,000 tons for 2019. The remaining 40% is shared between the United States, Burma (Myanmar), Australia and India.

Health and safety risks of rare metals in food and FCM

The European Agency for Safety and Health has listed REEs as “New and Emerging Risks to Occupational Safety and Health” at Work. When REEs in soil and water are released they can enter the human body through multiple exposure pathways, especially via the ingestion of food. Their presence in FCM is an unintended consequence of their wider use.

Although there have been no reports of human poisoning via the food chain, concerns have been raised about the potential effect of continuous exposure to low levels of REEs on human health. It is possible that REEs, once they are in the human body, could be accumulating in blood, brain and bone, and that long-term exposure may lead to health problems, such as changes in brain and bones. As reported in the 2010 article ‘Accumulation of rare earth elements in human bone within the lifespan’, REEs have been found in the rib bone of a healthy human.

However, toxicological studies have delivered only limited data from to date. Naturally low occurrence levels in the environment have made it difficult to measure concentrations during routine foodstuff metal analyses.

Equally, it has been demonstrated that chronic exposure to some of these elements, even at low doses, might lead to a wide range of adverse health effects such as neurotoxicity, neurodevelopmental toxicity, and hepatic alterations, even in the early stages of life. There have been studies, particularly in children, that suggest that some of these elements might negatively affect spatial learning and memory ability, albeit indirectly. Such effects are triggered by processes like the production of reactive oxygen species (ROS), lipid peroxidation and modulation of antioxidant activities.

● 2004: The article ‘Rare earth elements in soil and plant systems - A review’ dealt with REEs in primary and secondary soil minerals, concentrations in surface soils, factors influencing adsorption, solubility and transport in soils, including weathering and transformations of REE minerals and vertical distribution in soil profiles.

• ‘Rare earth elements in human and animal health: State of art and research priorities on REE’.

• ‘Uptake and Effects of Six Rare Earth Elements (REEs) on Selected Native and Crop Species Growing in  Contaminated Soils’ assessed the phytotoxicity and uptake from contaminated soil of six REEs, confirming their presence in plants.

● 2017: The article ‘Health risk assessment of rare earth elements in cereals from a mining area in Shandong, China’ published in the journal Nature in 2017, assessed the risk to human health from REEs through cereal consumption.

● 2020: EFSA published the article ‘Review of Potentially Toxic Rare Earth Elements, Thallium, and Tellurium in Plant‐based Foods’, summarizing the current knowledge of the concentration of these elements in plant‐based food products, to identify whether a potential health risk occurs.

The article ‘Review of Rare Earth Elements as Fertilizers and Feed Additives: A Knowledge Gap Analysis’ presented available evidence for adverse and/or positive effects of REE exposures in plant and animal biota and the cellular/molecular evidence for the REE-associated effects.

● 2021: Scientists from the University of Plymouth and the University of Illinois at Urbana-Champaign tested a range of new and used products including children's toys, office equipment, and cosmetic containers. The published results showed one or more REE was found in 24 of the 31 products tested. This included items where unregulated recycling is prohibited, such as single-use food packaging.

Hazardous chemicals such as bromine, antimony and lead are finding their way into food contact items and other everyday products because manufacturers are using recycled electrical equipment as a source of black plastic.

On detection tests, the 2017 article ‘Towards a generic procedure for the detection of relevant contaminants from waste electric and electronic equipment (WEEE) in plastic food-contact materials’ provided a review and selection of key parameters to detect REE in FCM.

Specifically, measurements confirmed the linear economy of plastic food packaging and demonstrated significant widespread contamination of black consumer goods. These ranged from thermos cups and cutlery to tool handles and grips, and from toys and games to spectacle frames and jewelry.

In 2019, the world generated 53.6 million metric tons (Mt) of e-waste. Only 17.4% of this was officially documented as properly collected and recycled. The Global E-waste Monitor 2020 reported that this has grown by 1.8 Mt since 2014, with total e-waste generation increasing by 9.2 Mt – indicating that recycling activities are not keeping pace with the global growth of e-waste.

In the USA, the Food and Drug Administration (FDA) maintains control over indirect chemical additives that can come into contact with food through packaging. Management policies in the packaging industry focus primarily on prohibiting the use of chemicals. Current industry standards are weak and legislation is fragmented.

Some studies indicate that weak enforcement may have resulted in the deliberate recycling of non-food plastics into new food packaging. Statistics show that there are over 12,000 distinct chemical substances intentionally used in FCM, not to mention the unknown and non-intentionally added ones.

All of the above articles illustrate how important it is to know both the immediate and long-term effects of REEs on the environment, ecological equilibrium and human health. Health impacts due to chronic exposure to these elements are not known. They have been found in food, local water supplies, groundwater, soils, marine litter and medicines. Monitoring and toxicological studies of REEs are needed not only from the standpoint of environmental or industrial hygiene but also for medical treatment.